Who is Hope McGill? 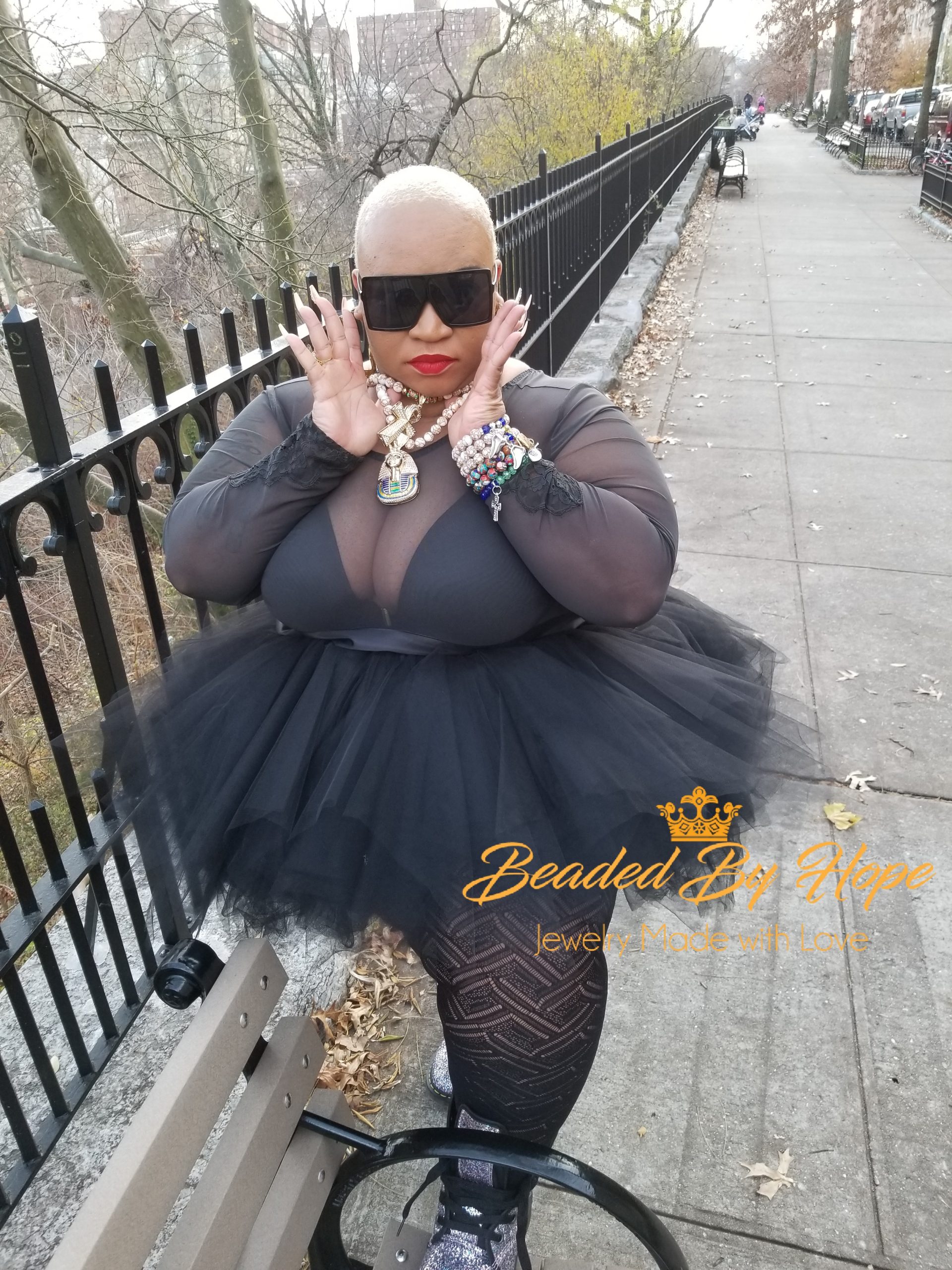 HOPE  McGILL – Author; motivational speaker; Women’s Empowerment Activist; Body Positivity Coach; Beader – is Founder/CEO of both Ronald Anthony Publications and Beaded By Hope, her fashion forward jewelry.   She is a true renaissance woman that utilizes her artistry of words and visual representation to tell a variety of stories.  Her vision is to inspire women, young and old, big and small, short and tall, to feel their most beautiful selves and live their most beautiful lives; flaws and all.

Born and raised in Harlem, NY where she still resides today with her son, Myles, Hope McGill has turned her passions into purpose where she has profited in more ways than one.  Her love for reading began at an early age and shaped her need to explore the world of books through many of the great writers including J California Cooper, Claude Brown and Octavia Butler.  This would create in her a desire to become a writer. Her life has had its ups and downs but she has always managed to land on her feet.  Her hustle was hard and often heavy, but it was hers, and she survived by it.  She worked for 13 years as a Bridge and Tunnel Officer, a job she hated, but one that provided her with the stability she needed in her life.  Her journey to becoming Hope McGill, Author, began as she was ending her career as a BTO.  Her company, Ronald Anthony Publishing was formed and a writer was born. Pearls and Pearls II were her first published works and would be a catalyst for the next leg of her journey.

This culturally and spiritually diverse, custom beading company caters to the desires of every person, answering the call to create what they envision.  Hope McGill prides herself on the delicate artistry involved in each creation.  Her attention to detail is unmatched in that she sees beyond the customers desire and expands on it.  Each piece is crafted with love.  A Beaded By Hope package is filled with elegance, class and style, and a surprise in each one!

Site Designed by THE KITCHIING